Before the opportunity of purchasing Arthur’s became a reality I had been researching places to rent to display my artwork. I never had a clue that we would have a chance at owning a building. So when purchasing the building was literally dropped in our laps, I knew I had a lot of work ahead of me and finding a name was top priority.

While in the throws of working on the purchase of the Arthur’s building in downtown Laurel, Mississippi instead of continuing the search for rental property, it changed to researching the history of Laurel and the history of art in Mississippi. I was searching for possible information that would lead me to a meaningful name for the Arthur’s building.

After several hours of research, I found it. In paralegal school, we called it the “smoking gun” which meant the evidence needed to prove a person’s guilt or innocence without a shadow of doubt. In this case, my “smoking gun” was a small obscure room in the Pinehurst Hotel.

The Founding of the Historic Pinehurst

In 1893, Laurel MS opened it’s first lumber mill. Laurel was no stranger to the latest technology in the land. With the large amount of growth in population the lumber mill as well as the railways brought to Laurel it was no surprise that 21 years later, 1914 to be exact, The Pinehurst Hotel was born. It was strategically placed up the street from the train depot so that guests would have easy access to the best lodging in town. The Pinehurst bustled with transients on a daily basis and quickly became the center of entertainment for the entire city of Laurel. The Pinehurst was very importantly, one of the first air-conditioned hotels in the sweltering south. In addition, the hotel included the Arabian Theater which housed plays, movies and special events.

Most transients remember the Pinehurst for it’s cool air-conditioned rooms, it’s fine dining, it’s entertainment, or it being a gathering place for the who’s who among locals. Not many remember a certain special place that goes unrecognized. In fact, most articles never mention this particular room being in the Pinehurst.

In 1948, the Mississippi Art Colony was organized at the Allisons Wells Hotel in Way, Mississsippi. It flourished there for 15 years. The owners of the Hotel, John and Hosford Fontaine ran the Art Colony until the Hotel was destroyed by fire.

In 1963, the main members of the Colony found a new home and re-organized at Stafford Springs, close to Heidelberg, Ms. At that time, the Colony did something very few art groups had managed to succeed at. The group was managed and directed by the artists themselves.

In 1970, the Mississippi Art Colony asked the Pinehurst Hotel in Laurel MS if the hotel had a place for the Colony to meet on a regular basis. The Pinehurst provided a studio in a basement space formally referred to as the rathskeller. The word rathskeller referred to the basement or hidden beer tavern or in some cases a speak easy. The Colony notes in their history section of their website they had several drop-ins from the alley demanding beer. The Colony also expresses how hospitable the city of Laurel was to the artists; inviting them to events, parties, hosting shows at the Lauren Rogers Museum.

Laurel’s Artists Get A New Home, With An Old Familiar Name

All of this history led me to the only appropriate name for the Gallery which is the Pinehurst Rathskeller Gallery. This name is in appreciation to those who welcomed the art colony with love and hospitality as well as the longest artist run art colony in the nation, which led to recognition by the Smithsonian Musuem for this monumental achievement.

Soon, Laurel’s (and Mississippi’s) artists will have a home once again, right here in Downtown Laurel. Construction is underway, and I can’t wait to share this beautiful space with all who will call her home. Brand by Ethan Manning, Strategy by Own Your Hill

Want to join the discussion?
Feel free to contribute!

Growing Up With Grit: Out of Chaos, Art 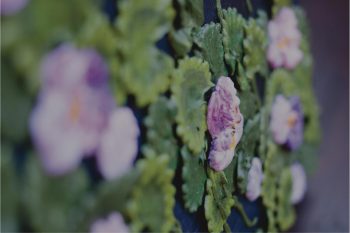 My World Comes Crashing Down
Scroll to top